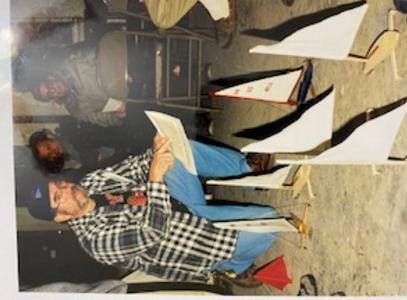 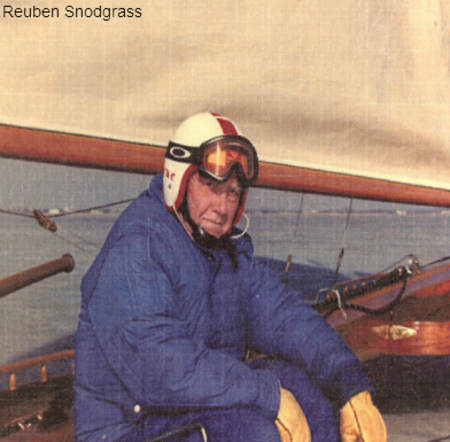 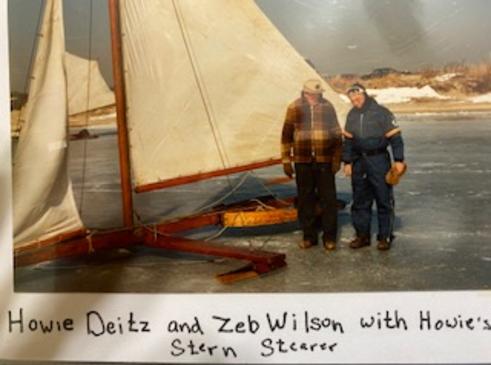 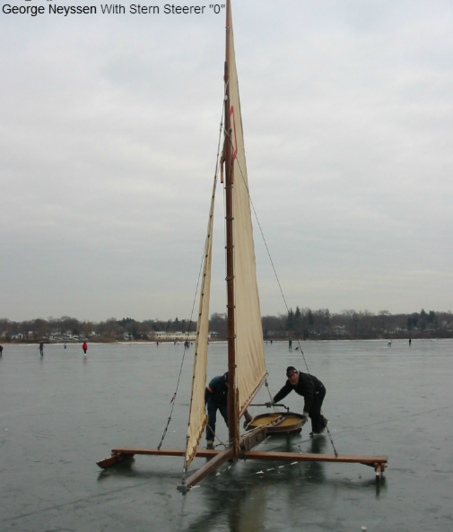 Home Of The Lake Ronkonkoma Ice Boat And Yacht Club 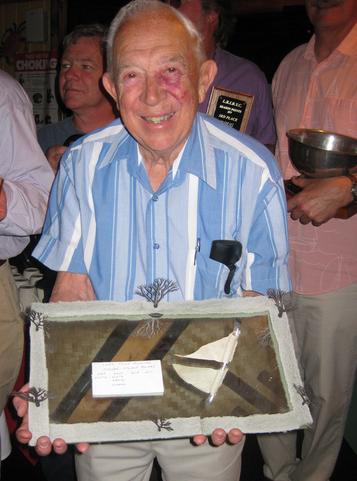 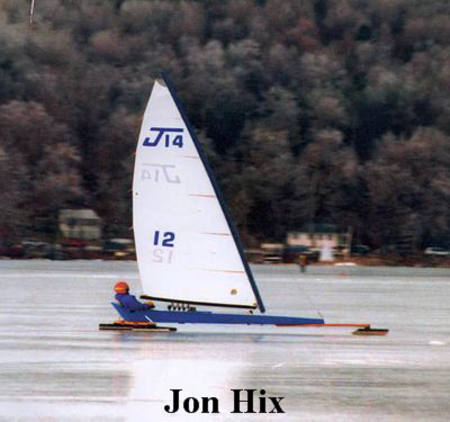 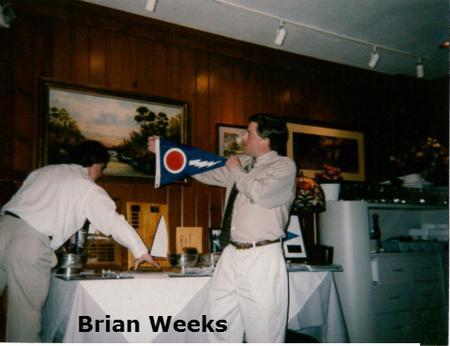 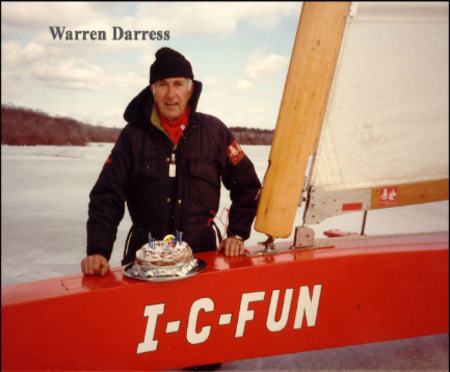 The Lake Ronkonkoma Ice Boat and Yacht Club, an honorable institution, was founded in 1923. The founders were "Bunny" Gubner, Tom Fish, Joe Kirk, Sumner Newton, J. Eberhardt, Anton Pedisich and Louis C. Heilman (uncle of Charlie Kreeb).  Early club records show that Tony Morning was the fleet surgeon.  Morning was a male nurse employed by Dr. Lucas. The club became inactive in the thirties.  In 1963 surviving members were approached by Reuben Snodgrass and asked to convene a meeting at the Bavarian Inn.  At that meeting Reub Snodgrass, Jack Young, Frank Kreutzer and Henri St. Denis were accepted as members and subsequently revitalized the club.  Since that time the LRIBYC has steadily grown in membership and is one of the largest ice boat clubs in the nation.

The iceboats used in the early days were almost exclusively stern steerers, gaff or marconi rigged.  One such yacht, "Cold Wave," built in 1906, was brought to Ronkonkoma by Lou Heilman.  It is a classic Hudson River ice yacht, 40 feet in length, with two cockpits and can carries 450 square feet of Egyptian cotton sails.  Reuben Snodgrass purchased the boat from Charlie Kreeb, restored it and owned the yacht for a great while.  It has won many a stern steerer championship.  In the early 1990's Reuben's boat shed was hit by lightning and the sails burned as well as some of the spars, cockpits and main beam.  The boat was handsomely restored by Reuben and by club members David and Brian Weeks of Frank M. Weeks Yacht Yard in Patchogue.  Upon Reuben's death, club member and long time friend of Reuben's, Fred Krause purchased "Cold Wave."  Another stern steerer, "Zero" dates back to the early club days and was sailed by the late George Neyssen.  The late Jon Hix was the proud owner of two other stern steerers, "Phantom" and "Northwest."  Joe Cangeleri sails a marconi stern steerer dating to the early club days as well.  Zeb Wilson, Bob Valentine, Harry Newman, Tom Halsey, Pete Truesdell and Lucinda Hurley complete the list of stern steerer owners.

The club boasts of two national champions in the DN class.  Jack Young of West Islip won the DN National Championships in 1961.  In 1962 the feat was repeated by Reuben Snodgrass.  Ice boats sailed by club members include DN's, stern steerers, Arrows, Scooters, Yankees, J-14's, skeeters, skimmers and one-of-a-kinds.  A club swap meet is held early December each year. Monthly meetings are held at 7:00 pm in the months of January-March each season and an annual dinner is held each year in April to award trophies and induct officers.  Visitors are welcome to attend.

The club sponsors numerous permanent trophies.  The club sponsors a Long Island DN, J-14 and open skeeter class championship event each year.  The Long Island DN trophy is dedicated to "Rock" Hildreth, and Brian Weeks.  A "B" fleet trophy is awarded to the winner of the Silver Fleet champion of this event. The skeeter championship award is named in Warren Darress's honor.   The club has a speed trophy which used to be measured by means of a timing gate with flags and eventually radar.  The speed trophy is awarded in any season where a challenge has been made and is now measured by GPS.  Another unique trophy is the "diver's trophy" which is awarded each year to the skipper making the most spectacular break through of the ice.  Precedent for the diver's trophy was set by the late Arthur Turner who in the 1920's sailed his stern steerer "Miss Long Island" into the water for the benefit of FOX movietones cameras.  Along with this award goes the "Zeb WIlson Rescue Award" for the person or person who make the most heroic or dramatic rescue of the year.  The trophy was given to Zeb's father after he helped rescue a grateful crew from a shipwreck in the early 1920's. The David M. Weeks memorial trophy is awarded to the top club skipper at the annual DN North American Championships. Ice safety is very important to the club membership and usually one of the monthly meetings is dedicated to this topic.  The late Warren Darress was famous for his emphasis on ice safety.  Annually the club gives out Point Trophies in the various classes as well.  An agreed upon point scoring system was settled upon in the late 1990's.

Local ice sailing areas used by the club are Lake Ronkonkoma, the Great South Bay, Mecox Bay and Hallock's Bay off of Orient. 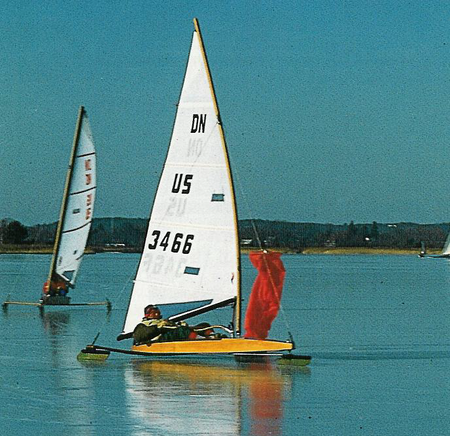 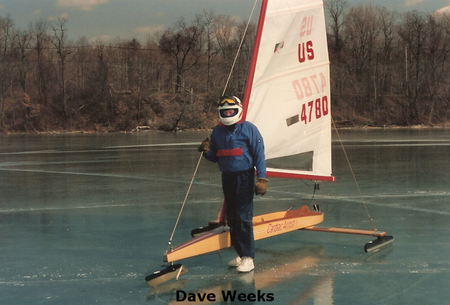 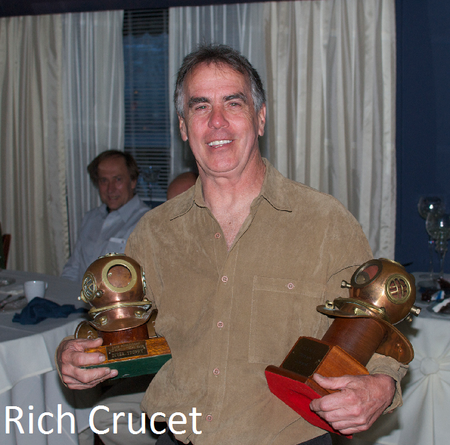